The Power of Partnership

Get to Know Return Path

NEW YORK, August 14, 2018 — According to new research from data solutions provider Return Path, nearly one in six commercial emails worldwide fails to reach its intended target. The 2018 Deliverability Benchmark report reveals that 85 percent of email was delivered to the inbox over the past 12 months. While this represents an increase of five percentage points over the 2017 global inbox placement average, a full 15 percent of email is still being diverted to spam folders or blocked altogether.

After three years of relatively static inbox placement worldwide (80 percent in 2017; 79 percent in 2016 and 2015), the report’s findings show this year’s improvement was largely driven by inbox placement gains in North America and Europe. However, the significant percentage of filtered messages means that marketers are still missing out on a valuable opportunity to drive meaningful revenue from the email channel. 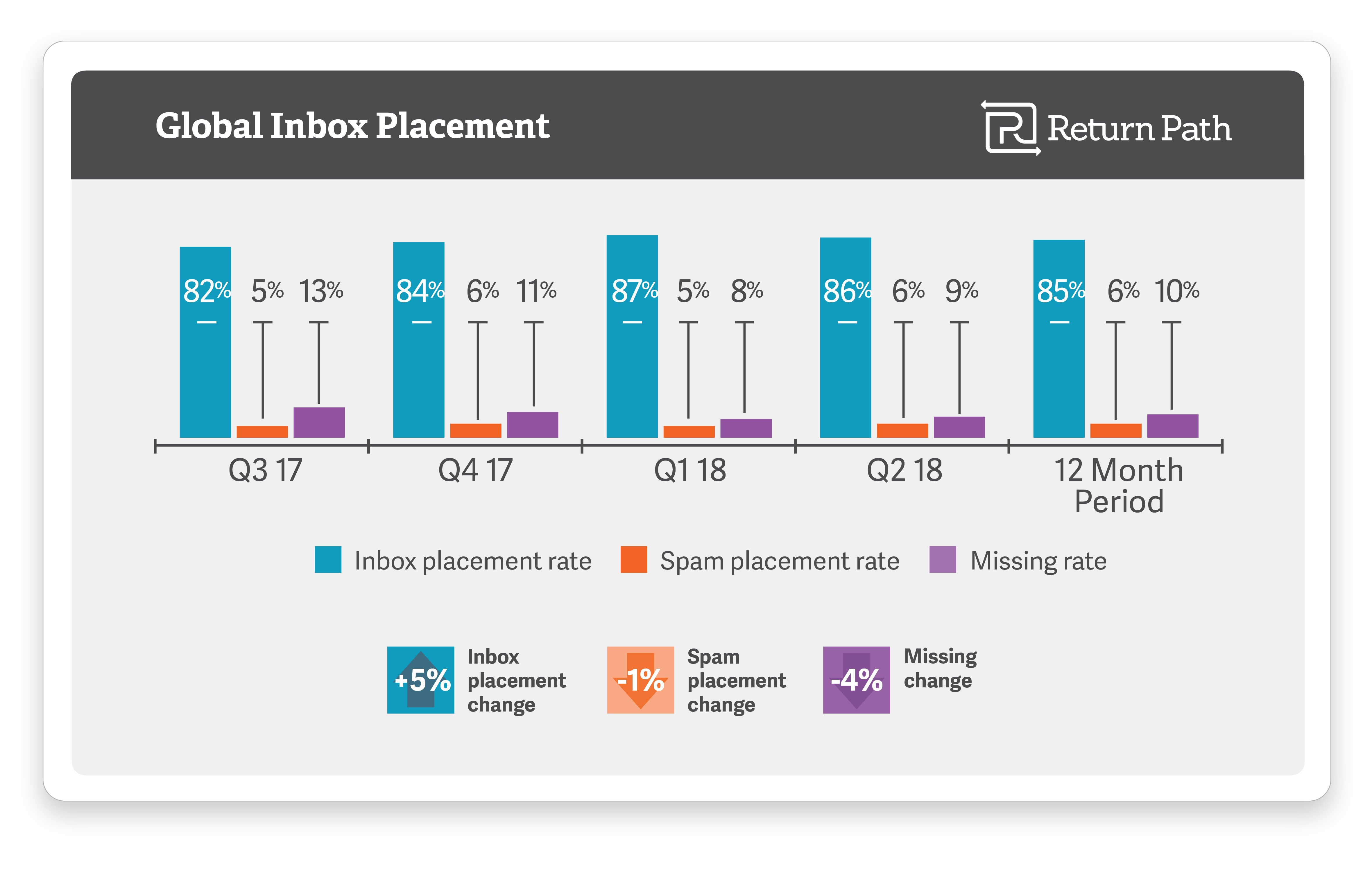 “Marketers around the world rely on email. It’s no surprise, given that email generages an average of 38 dollars in revenue for every dollar spent,” said Tom Sather, senior director of research at Return Path. “We’re thrilled to see inbox placement rates on the rise, but marketers need to realize that even 15 percent of email missing the inbox is too much. With every email that fails to reach its intended recipient, brands lose the opportunity to connect with customers and ultimately make a sale.”

Email marketers in the US saw strong gains in inbox placement over the last 12 months, with 83 percent of messages reaching subscribers. While this result falls short of the global average, it represents an increase of six percentage points over the previous period (77 percent in 2017). Meanwhile, inbox placement in Canada remained relatively steady and ranked among the highest in this study at 89 percent, compared to 90 percent in 2017.

Other key findings from the report include:

This annual benchmark report from Return Path examines how email is delivered and how inbox placement is measured, along with global, regional, and industry benchmark results by quarter. The complete 2018 Deliverability Benchmark Report can be downloaded here.

Methodology
Return Path conducted this study using a representative sample of more than 2 billion promotional email messages sent to consumers around the world between July 2017 and June 2018. Global and regional statistics are based on performance across more than 140 mailbox providers in North America, South America, Europe, and Asia-Pacific regions. Country and industry statistics are based on a subset of senders whose locations and industry classifications are identifiable.

About Return Path
Return Path analyzes the world’s largest collection of email data to show businesses how to stay connected to their audiences and strengthen their customer engagement. We help mailbox providers around the world deliver great user experiences and build trust in email by ensuring that wanted messages reach the inbox while spam doesn’t. To find out more about Return Path solutions, visit us at returnpath.com or request a demo.

Please complete the form below to get updates from Return Path about promoting your brand and delivering results. By joining our email list, you will have exclusive access to newsletters, new blog posts, and information about events in your area.